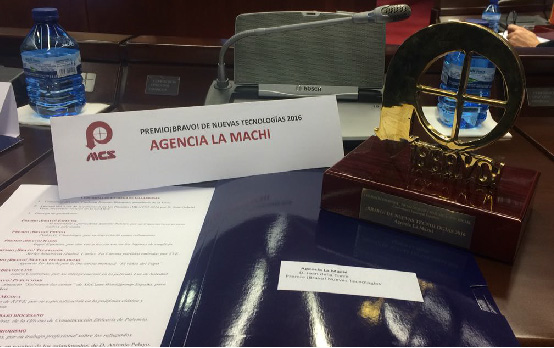 The BRAVO Awards! granted annually by the Spanish Episcopal Conference seek to recognize, on the part of the Church, the meritorious work of all those professionals of communication, who are distinguished by the service to the dignity of man, human rights and evangelical values. The jury appointed by the Episcopal Commission of Social Communication Media and established in Madrid on November 29, 2016, decided to reward La Machi in the New Technologies category for the monthly initiative “The Pope Video”.

At the awards ceremony, held this morning in the auditorium of the Spanish Episcopal Conference, Fr. José Gabriel Vera Beorlegui, director of the Secretariat of the Social Communication Commission, stressed that “uniting his talent with the Pope’s Worldwide Prayer Network, La Machi has been able to create a new language to make known the monthly intentions of the Holy Father’s prayer, with a viral diffusion, each of his videos, in a few hours, reach millions of reproductions and achieve the goal to make known and unite people in prayer with the Pope. ”

For his part, Bishop Ginés García Beltrán, President of the Social Communication Commission, highlighted the figure of San Francisco de Sales as patron of journalists. “The aspiration to seek, find and spread the truth joins that time with ours, each one of the winners has brought to our life expressions of truth, goodness and beauty, being protagonists of their search, discovery or expression.” 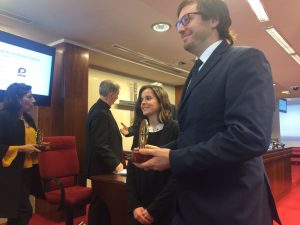 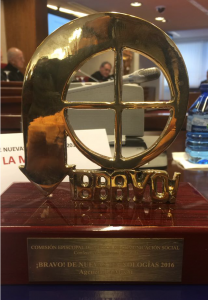