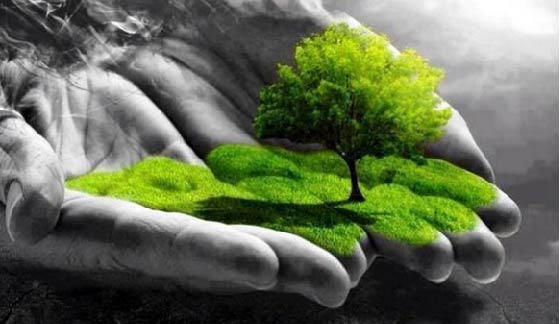 15 Dec Habemus Pactum: an historic agreement for the care of the Common Home

“That you may be sons of your Father who is in heaven,

that makes his sun rise on bad and good,

and makes rain on the just and the unjust. “

Last weekend humanity took a big step towards caring for the planet.

The Conference that met in Paris to address the problem of climate change ended successfully. Delegates from the 195 countries in attendance managed to approve on Saturday the first universal agreement to combat climate change that is expected to enter into force at the beginning of 2016.

Climate change is the rise in the temperature of the planet due to the accumulation of polluting gases in the atmosphere, which prevents the infrared radiation emitted by the Earth when warmed up, going out into space.

According to scientists, if pollution continues and no measures are taken to prevent it, the average temperature will continue to rise and will have serious consequences. Some effects have already been noted as the decrease in the amount of snow and ice on Earth, sea level rise, heat waves, droughts, floods and hurricanes.

COP21 (such as the name of the Paris Conference) is the abbreviated form of English for the twenty-first Conference of the Parties of the United Nations Framework Convention on Climate Change. This very long title was created at the summit held in 1992 in Rio de Janeiro, where countries concerned about climate change met for the first time. There was agreed a convention that came into force in 1994 and that has been signed by 195 countries.

The world, in these more than two decades, has changed and that document has been outdated, mainly in the annexes, where the list of developed countries that were forced to reduce their emissions was established. Twenty-three years later, the industrialized annexes only account for about 35% of global emissions. And China and India, which are already among the four most polluting economies on the planet, were left out of the States that must assume the greatest efforts. One of the most intense debates that have put this agreement at risk has been precisely this: the persistence or not of that differentiation.

A common cause and a historic opportunity for Humanity

The “fight” against climate change is a common cause for all humanity that offers the possibility of joining as a species to face a problem that concerns us all, beyond political ideologies or religious beliefs.

It is a unique opportunity to coordinate policies, resources, efforts, actions, with a common goal. Although it is clear that the countries considered developed are in principle more responsible for the incidents they have caused in the variations of the climatic processes and that they are also those who have more resources to face the solutions or who could better resist their consequences, a selfish stance and individualist would not be the solution because in this matter there are no partial solutions that can benefit some. Here the only option is to face the problem as a common cause, joining forces. Reducing the problem to colloquial terms, to clearly graph it we would say that “either we all save ourselves, or nobody is saved”.

Many factors have contributed so that today we can reach this moment of unprecedented agreement for the scope of the compromise achieved. It would be impossible to list all the previous efforts, with their successes and failures, which have been germinating the ground so that the awareness of the problem was universalized and left the academic fields and specialized NGOs, to reach society in general.

But we must mention that in this last time some determining actors were added that gave a fundamental boost to the cause:

a) The encyclical Laudato Si of Pope Francis.
For the first time in the history of the magisterium, a Pontiff wrote an encyclical on ecology covering all its aspects and making a concrete call to all humanity for what he called “caring for the common house” calling for the fight against climate change through fraternity and ecological conscience. Climate change is a transversal problem that without distinction of creed, nationality, gender or ideology concerns all of humanity.

The document ranked the problem and put it in the first row of the global showcase spreading the idea of responsibility shared by all and linking climate change with the situation of injustice and poverty in the world. Coming from one of the leaders of greater global influence, it was no longer possible to look the other way. The encyclical is very exhaustive in its content and does not remain in theoretical statements or vacuous aspirations but it enumerates all aspects of the ecological problem among which several paragraphs devoted to climate change.

Aware of the transcendence of the problem that can not be limited geographically or ideologically, Francisco includes quotes from spiritual leaders of other religious beliefs such as the Patriarch of Constantinople, Bartholomew I, head of the Orthodox Church, the Sufi Islamist author Eva de Vitray-Meyerovitch , the Sufi mystic Ali Al-Khawas and the Protestant philosopher Paul Ricœur.

The president of Germany Ángela Merkel, at the beginning of the conference in Paris, cleared the doubts and fears of those who had been struggling to get effective commitments, by stating that any achievement that was reached should be binding. This is of vital importance because it is that the measures are not simply declarative. As often happens in these conferences or joint statements when there are many participants, it is so difficult to reach agreements that either end in diluted declarations without real content, or you reach the other end of the bombast with objectives that are music for the ears , but that the lack of control and audit mechanisms for their implementation makes them a dead letter in practice. They are rhetorical statements that serve little.

This was not the case at the Paris conference because the skilful French diplomacy, obeying the guidelines of President Hollande, knew how to conduct the negotiations until the wishes and commitments in the final document were captured.

c) The active collaboration of important economic groups.
It is well known that spiritual leaders and activists of a cause mark the horizon we should reach. Then it is up to politicians to implement the tools to work at the service of society and their needs, but it is undeniable that support or opposition from large economic groups can be a key factor that tilts towards success or failure any measure that is try to carry forward. Having the endorsement and support of entrepreneurs is always a fundamental contribution to the causes.

In this opportunity it seems that the planets were aligned as a set of major references of the economic world with Bill Gates at the head joined to create a multimillion-dollar project on renewable energy called “Breakthrough Energy Coalition”. It is a fund composed of a group of 28 members that cover public and private entities, and which includes national governments, millionaire philanthropists, investment fund managers and CEOs of technology companies.

After two weeks of negotiations, delegates agreed on a text that should be ratified by 55 countries representing at least 55% of global greenhouse gas emissions.

Its importance lies in the fact that it is the first agreement in which both developed and developing countries are committed to managing the transition to a low carbon economy.

Faced with the failure so far of attempts to set individual mandatory targets for each country – the Kyoto Protocol (1998) opted for this formula and only managed to cover 11% of global emissions – now the process is reversed. A mandatory goal is set: The document establishes the objective of ensuring that the increase in temperatures remains “well below” two degrees centigrade and commits the signatories to “make efforts” to limit the increase in temperatures to 1,5 degrees compared to the pre-industrial era.

Then, each country puts on the table their voluntary contributions to reduce their emissions of national greenhouse gases. Everyone who signs and ratifies the agreement must contribute with gas limitations. But the developed ones are subject to greater demands. For example, it is established that they must “continue leading efforts” in reducing emissions.

Up to now, the increase to two degrees Celsius was considered the tolerable limit for global warming. However, many activists considered that this was a long-term option that did not allow for concrete actions.

In order to achieve the new objectives proposed, the countries commit themselves to set their national objectives every five years to reduce the emission of greenhouse gases. Of the 195 countries participating in the summit, 186 have already done so.

The nations propose that the emissions touch the ceiling “as soon as possible”, recognizing that this task will take more time for the developing countries, and that rapid reductions will be made as of that moment. In addition, countries commit themselves to achieve “a balance between the gases emitted and those that can be absorbed” in the second half of the century, which amounts to zero net emissions, or in other words: no more gases can be released that the planet can absorb by its natural mechanisms or by geological capture and storage techniques.

The text states that countries considered “rich” will continue to offer financial support to “poor” countries to help reduce their emissions and adapt to the effects of climate change, although no mention is made of specific amounts. Previously, the rich countries had committed to grant US $ 100 billion annually in financing until 2020.

The intention to finance must be communicated two years before transferring the funds, so that developing countries can get an idea of how much they count. The rich nations must mobilize a minimum of 100,000 million annually since 2020 to support mitigation and adaptation to climate change in developing countries, as well as to review that amount upwards by 2025.

While sanctions were not included for countries that do not comply with the commitments, there will be a transparent compliance monitoring mechanism to try to ensure that everyone does what they promised, and to warn before the deadlines if countries are going or not by the path of fulfillment.

The main differences with the previous Copenhagen 2009 agreement

One of the reasons why the Copenhagen agreement was considered a “failure” by the environmental organizations is that, as it lacked binding effects, the pact was not sufficiently valid to allow it to carry out what had been agreed upon. The Paris agreement, on the other hand, does have binding effects.

This means that the final text signed in Paris has legal effects on the countries that are committed to the COP21 agreement.

The adopted agreement is legally binding but not the decision that accompanies it or the national objectives of emission reduction. However, the mechanism for reviewing the commitments of each country is legally binding in order to try to guarantee compliance.

On that occasion it was established that the temperature should not increase above two degrees centigrade with respect to the temperature that existed before the industrial age (nineteenth century).

This measure had also been criticized by environmental leaders who claimed that it did not allow specific actions to be taken in the short term.

Experts agree that the main points of the Paris agreement are:

The Paris agreement has been very well received in general by all sectors. The environmental group Greenpeace indicated that it agreed with the final text because it put “oil producers on the wrong side of history”.

In difficult times for humanity in which the old ghosts of religious fanaticism seem to stalk us with renewed vigor, a light of hope is reborn with the commitment of common work in a task that concerns all human beings equally.