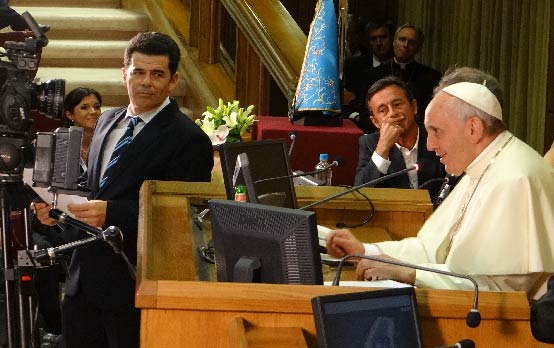 Emotive closing of the III World Educational Congress of Scholas Occurrentes, in which the Supreme Pontiff was talking with five children from each continent under the Scholas platform, an initiative that aims to link schools on a global scale via ‘online’ in a collaborative, multi-religious and open way to the entire educational community.

The “hangout” with Pope Francis was part of a week of activities in the framework of the III World Education Congress. On Monday, Francisco opened the meeting with an audience in the Paul VI Hall in which the players and relatives of the players who later became the protagonists of the first Interreligious Peace Match.

The new Scholas Platform allows students and teachers to exchange experiences to learn from each other, as well as to share those projects that require an extra hand, be it financial resources or volunteers.

For her part, Adriana Noreña, director of Google for Hispanic America, explained that Scholas, which at the moment is available in three languages – Spanish, English and Italian -, has “the objective of connecting schools and students globally to help children in their learning processes because Pope Francis considers that art, technology and education are important for the peace of the world.”

La Machi had the pleasure of being part of the team that made this event possible. After a busy week, we can say that we had a good performance and we go home with great satisfaction. #salvatajeeducativo 🙂 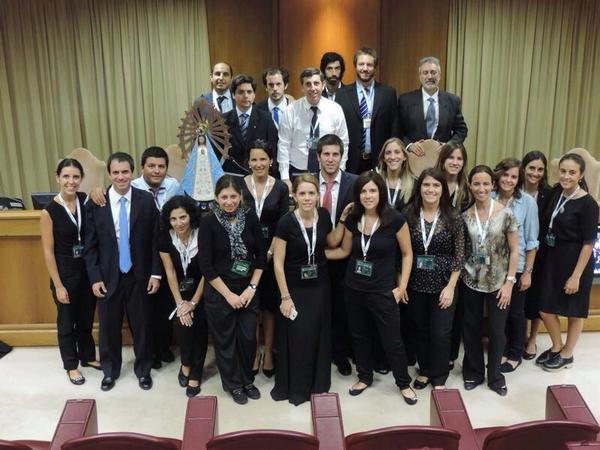